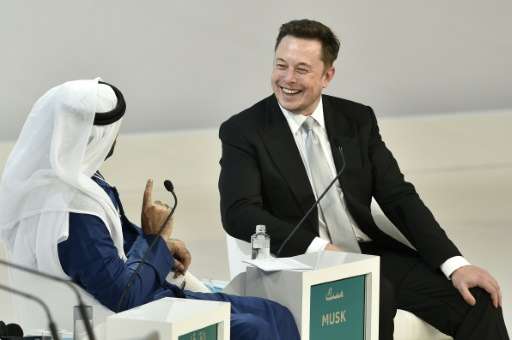 Artificial Intelligence is progressing so rapidly that humans will have to merge with digital intelligence to become a sort of AI-human hybrid, according to Elon Musk.

Referring to an AI singularity where technology will be so advanced and superior, it will make humans irrelevant, the founder of Tesla, Inc and SpaceX said that a machine-human hybrid will be the only solution.

“Over time we will probably see a closer merger of biological intelligence and digital intelligence,” Musk explained at the 2017 World Government Summit in Dubai.

What Musk is referring to is that the survival of humanity in the age of Artificial Intelligence requires humans to physically connect their brains with digital technologies like plugging in to The Matrix or using nanobots that can mimic and enhance biological functions and capabilities.

Read More: The Artificial Intelligence Singularity and the Collapse of the World’s Money System

“Some high bandwidth interface to the brain will be something that helps achieve a symbiosis between human and machine intelligence and maybe solves the control problem and the usefulness problem,” said the billionaire futurist.

In the conversation Musk explained that so-called narrow AI — like autonomous vehicles which achieve a narrow function — doesn’t hold much of a threat for humanity. Deep AI; however, is “a dangerous situation” because it will become “much smarter than the smartest people on Earth,” according to Musk.

He also warned that scientist should not get too excited and carried away with their research into AI as it could have devastating effects on humanity.

The serial entrepreneur also went on to discuss alien life while the moderator explained that in his part of the world, the United Arab Emirates, they believe that human life originated elsewhere and that “Adam and Eve” were “aliens” to this world.

When prompted if he believed we’d make contact with aliens in the next 50 years, Musk responded that it was a tough call, but answered, “If there are superintelligent aliens out there, they are probably already observing us.”

As our machines reach superintelligence, they will outperform us humans in almost any task, and that presents us with a major social dilemma with regards to the workforce.

While machines will take over most of the physical labor force, Musk believes that a “basic universal income is inevitable” as there will be “fewer and fewer jobs that a robot can’t do better.” That means the end of capitalism as we know it, and it may represent a world in which basic needs are taken care of, but extra money could be earned to live a more luxurious life as an incentive to work towards more innovation.

Innovation may provide humans with a purpose or a meaning in a world where all their biological needs are taken care of.

Towards a one world government

Since the event taking place is called the “World Government Summit,” it is important to note what exactly is going on here. The event’s website calls itself the “the global authority on government” and is dedicated to “shaping the future of governments.” If this ever merges into a one world government, there will be paradigm-shifting consequences that those such as the late William Cooper warned about in his book, Behold a Pale Horse.

A one world government has been the objective of the elite for a very long time. Outspoken proponents of the so-called New World Order (NWO) include Henry Kissinger, George H.W. Bush, David Rockefeller, among many, many powerful people and families.

Depending on who is in charge, a one world government could either unite us all under a banner of democracy, or the consolidation of power would have the very real potential to enslave all of humanity. A world government with a world court sending a world army to enforce its rule of law is a very scary scenario.

Once established, there would be no resistance to its authority as it would control everything including food production, medicine, electricity, transportation, precious natural resources, religion, and education.

Artificial Intelligence may even become the future of government, one that rules over all human activity. If Elon Musk is right and that we will eventually have to become human-machine cyborgs in order to survive, what sort of government will we have?

Will it be completely digitally-based? Will it have a conscience? Or will it be like Spock from Star Trek — a human-Vulcan hybrid able to process human emotions while maintaining superhuman (Vulcan) logic and rationale?

Musk made clear that his predictions were not necessarily things he wants to see happen, but rather what he believes will happen, and his explanations were geared towards how we should adapt in those situations, such as integrating humans with machines.

Why AI Augmented Travel is the Next Frontier for Digital Natives